A 20 room mansion (not including 8 bathrooms) heated by natural gas. Add on a pool (and a pool house) and a separate guest house, all heated by gas. In one month this residence consumes more energy than the average American household does in a year. The average bill for electricity and natural gas runs over $2400 per month.   In natural gas alone, this property consumes more than 20 times the national average for an American home. This house is not situated in a Northern or Midwestern "snow belt" area.  It's in the South.

Designed by an architecture professor at a leading national university.  This house incorporates every "green" feature current home construction can provide. The house is 4,000 square feet (4 bedrooms) and is nestled on a high prairie in the American southwest. A central closet in the house holds geothermal heat-pumps drawing ground water through pipes sunk 300 feet into the ground.

The water (usually 67 degrees F) heats the house in the winter and cools it in the summer. The system uses no fossil fuels such as oil or natural gas and it consumes one-quarter electricity required for a conventional heating/cooling system.  Rainwater from the roof is collected and funnelled into a 25,000 gallon underground cistern. Wastewater from showers, sinks and toilets goes into underground purifying tanks and then into the cistern. The collected water then irrigates the land surrounding the house. Surrounding flowers and shrubs native to the area enable the property to blend into the  surrounding rural landscape.

HOUSE #1 is outside of Nashville, Tennessee;
it is the abode of the "environmentalist" Al Gore.

HOUSE #2 is on a ranch near Crawford, Texas;

it is the residence of ex-President of the United States, George W. Bush.

It doesn’t happen often but politicians can surprise sometimes.

An "inconvenient truth" indeed for one of them!

You can verify it at: http://www.snopes.com/politics/bush/house.asp

Posted by jamiehouston at 9:31 pm No comments:

Posted by jamiehouston at 11:35 pm No comments:

Posted by jamiehouston at 8:56 pm No comments:

Just found this 'relic' in my desk drawer. Funny how quickly things change. I recently bought a 32GB memory card - that's 250 times more storage! And it probably cost me less than I paid for this one LOL...

Posted by jamiehouston at 10:05 am No comments: 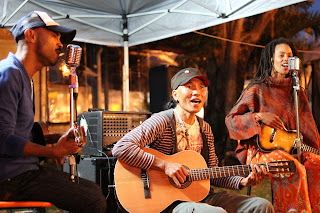 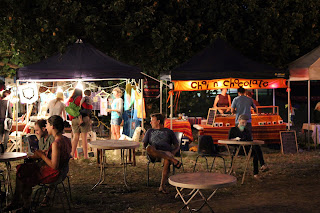 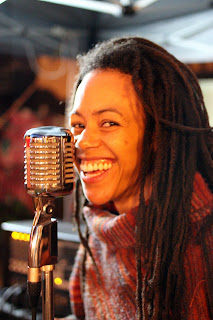 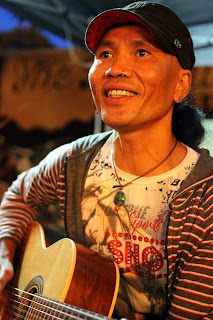 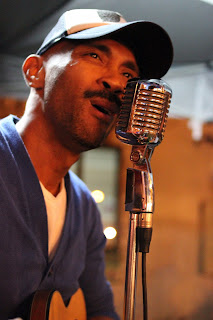 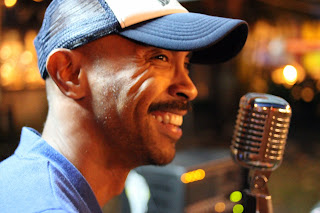 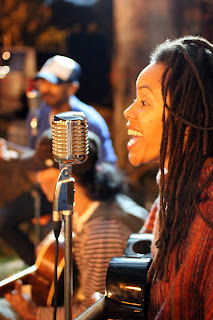 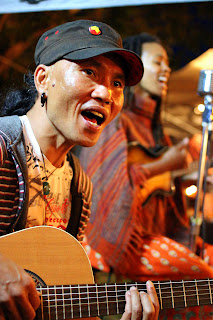 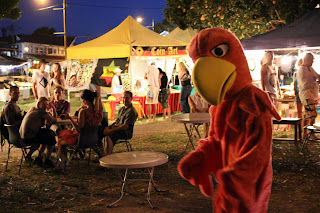 Posted by jamiehouston at 11:04 pm No comments:

Just Around the Corner...

How amazing is this place we live in? As I am out walking this morning I thought I would share a little piece of the neighbourhood with you.

Posted by jamiehouston at 7:20 am No comments:

Just caught the last rays of sun on the track up to byron bay lighthouse tonight...

Posted by jamiehouston at 7:05 pm No comments:

I have only been able to login to Facebook once in the last week during my time here in HoChiMinh City, and that was from a random cafe. According to my brother-in-law, it depends on the ISP address. Anyway, I have posted this to my blog which is linked to my Facebook account, so if you are reading it on/from FB then that is how I got around the censorship. I think the blocking has to do with the Socialist Government not wanting the 'people' to have an easy way to connect with each other, in case they organise a rally or some kind of anti-government activity.

Anyway, our time here is up, and the taxi arrives to take us to the airport in 50 minutes. We travel for almost 24 hours to get back to our house in Byron Bay, so I guess we will be a bit tired on Monday morning back at work! We have loved our time away on holiday, and got to explore HCMC, especially all its wonderful shopping while we were here.

I have lots of photos and short video clips, but have just not had time to deal to them all yet, hence my lack of posting them. Keep an eye out because they will be showing up on this blog, as well as my Flickr site, and my Facebook.

Time to go and do the final packing - see you back in Australia!

Posted by jamiehouston at 9:17 pm No comments:

These monks were chanting at a ceremony to welcome two new novice monks.
All their families were gathered around the huge courtyard behind the temple waiting for the ceremony to finish, which it did while we were there and the smell of all the incredible dishes they were preparing was mouthwatering...

Posted by jamiehouston at 4:22 pm No comments:

After eating from a non-descipt American franchise at the gargantuan Bangkok Airport (which is just so impressive you have to see it to believe it!) and ordering pizza that was supposed to take 5 minutes 'guaranteed' but we were told to come back in 10 minutes LOL, we flew to Phuket Airport on Sunday night.

We are staying at the very nice Thavorn Beach Village & Spa in Nakalay Bay, near Patong Town on the beautiful island of Phuket. The resort has obviously been here for a while as the room was a little frayed around some of the edges so to speak, but still very opulent and with a view out over the sea. To get to our room we had to ride up a very steep incline in a cablecar that took rather a while, so the next day we changed rooms to one that is right on the beach. I'm talking about 20 metres from the water. This room is brand new, but unfortunately the weather is so wet, we can't really enjoy being on the beach.

Here are a few shots of the Resort and the view from our first room:

We almost missed breakfast on the first morning at the resort due to the room clock being 35 minutes slow, but we managed to get in just in time. The selection of dishes is mind boggling, from standard fair to a Muslim corner where everything is prepared without using pork products, to Thai style savory food that is a bit hard for me to stomach in the morning. After changing our room, and having a lazy morning we jumped on a shuttle bus (that was actually a truck with a metal canopy stuck on the back!) and off we bounced to Patong Town. There were masses of Russians on the bus all speaking their gutteral language. We found out that Phuket is a very popular destination for Russians, and numbers have tripled over the last 2 years. I can't say they were very friendly, and Maria got pushed out of the way by a very severe looking middle aged woman as we tried to board the over-crowded bus!

Once in Patong we discovered it to be a very big town with a couple of main streets that are very very long. We spent 2 -3 hours walking and still didn't come close to doing them all. Lots of tiny shops and street stalls, with dark little side streets disappearing amongst rows of obnoxious t-shirts, suitcases and DVD's. It was funny because we kept getting called 'boss' and 'darling' and they all tried really hard to get us to stop. One guy even came up to us with a very concerned expression on his face and said "let me ask you a question. Honestly, would you like a new suit? Very special price just for you boss". I had to do my best not to laugh on his face, but I politely declined and we extricated ourselves from his intense interrogation.

We did end up succumbing to one of the numerous offers of "you want massage, manicure, pedicure? Thai-style foot massage?" Maria had a pedicure and a manicure while I 'relectantly' agreed to sit there for one hour and have a very relaxing foot massage. Such bliss, and it only cost about $30 for us both.

The rain had held off for a couple of hours, but while we were getting pampered, it decided to really come down in one of those monsoon downpours that you really have to experience. I was loaned an umbrella and sent down the road to buy two disposable raincoats, which ended in me getting soaked up to my waist! We ran across the road and discovered a very American style mega-mall, where we happily spent a couple of hours shopping and ended up having sushi there for dinner. They even had a water and light show while we were dining - very Las Vegas to say the least!

Next we walked the streets of Patong for a while and discovered the seedier side of Phuket, with every second guy showing us a laminated flyer with pictures of scantily clad girls titled - GO GO SHOW or PING PONG SHOW. Once again we politely declined to follow them into the bars to which they were excitedly gesturing, seemingly surprosed we were passing up on the opportunity to see girls do who knows what!

We finally decided that our aching feet (and bodies) needed to go to bed so we picked the cleanest looking TukTuk Taxi (took a whlle) and headed back to the resort in a puff of smoke with blue disco lights flashing inside the cabin while the driver tried to kill the engine by staying in 3rd gear all the way, despite some very steep hills.

That was Monday, and it is now Tuesday evening, but it is time to eat, so I will fill you in on our adventures from today later (and post some photos as well)...

Posted by jamiehouston at 9:51 pm No comments:

jamiehouston
Byron Bay, NSW, Australia
I live in Australia in a little piece of paradise near Byron Bay. If you need help with Social Media & Referral Marketing Strategies then I'm your guy! Jazz musician - piano & saxophone teacher too...